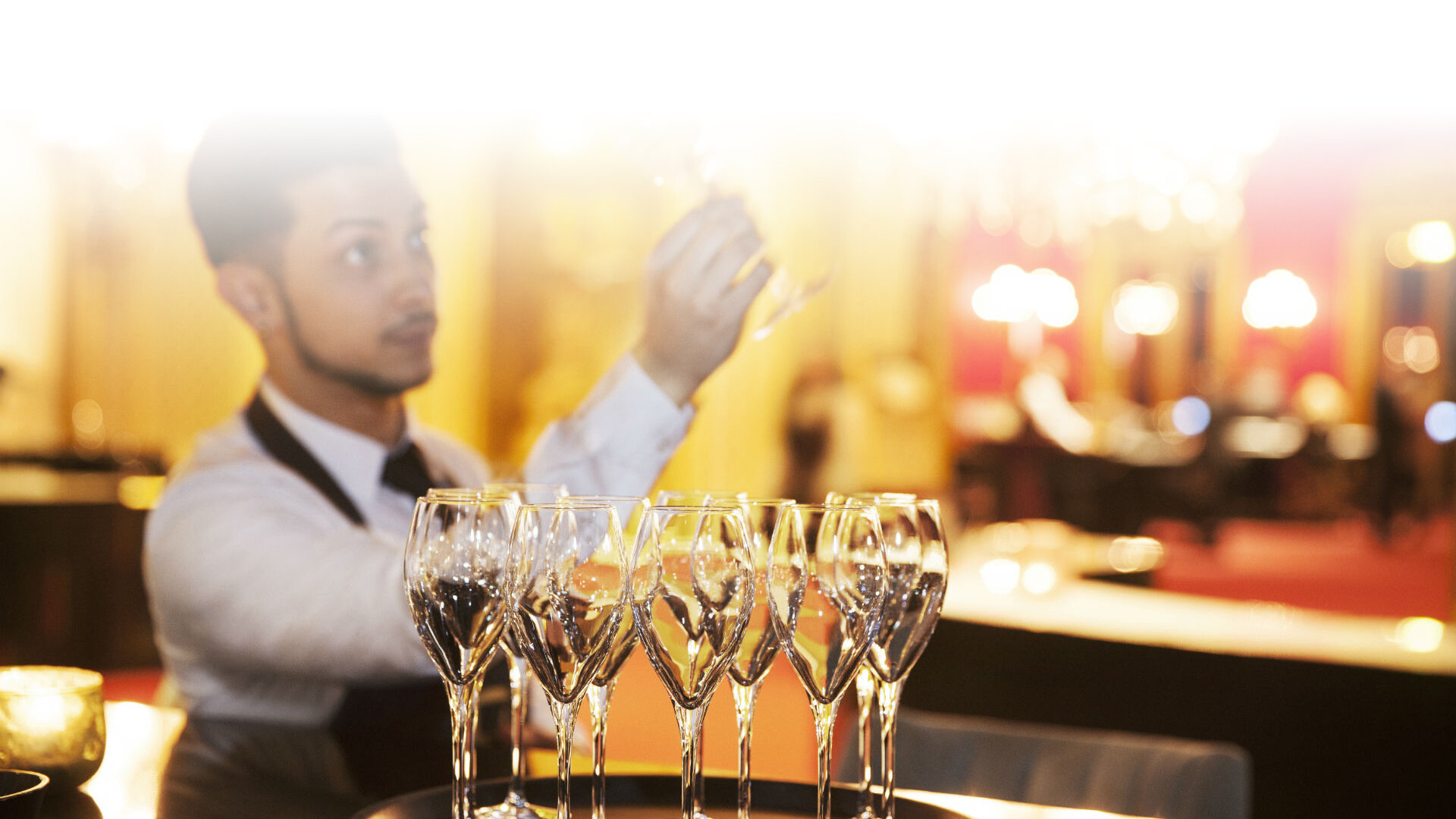 Baden-Baden is all about racecourses and world-renowned history. It's a place to see and be seen – and it's home to one of the most famous casinos in the world! Over the past few years, the company that runs the casino has made some sweeping improvements to this hallowed home of red or black. The Bénazet Hall and Club Bernstein were first, swiftly followed by renovations to the outdoor areas, but the most recent project was a complete refurbishment of "The Grill" restaurant.

The noted Frankfurt-based interior designer Oana Rosen (Roomers Hotel and The Pure in Frankfurt) was called in to lend a hand, and she has given a breathtakingly beautiful and utterly unique sense of flamboyance to both The Grill restaurant and the Bernstein Club. Peter Schreck is a celebrated restaurant owner whose businesses include the Leo’s restaurant and catering operation, the RIZZI WineBistro & Restaurant, and the Wirtshaus zur Geroldsauer Mühle restaurant – and now he is attracting more international acclaim than ever with The Grill.

"I think it's fantastic. This is one machine I'm keeping for good!"

The job of head chef went to Mario Provenzano, a trusted and familiar figure in the Baden-Baden culinary scene. Schreck and Provenzano have been working together for 25 years, but the launch of The Grill marks a new highpoint, with top-quality sushi and beef specialities straight from the restaurant's own dry-aging cabinet. The menu also features grilled lobster and sashimi. But it's not just the luxurious ambience of his restaurant that makes Provenzano's heart beat that little bit faster – it's also the automatic hood system in the new M-iClean H: "I think it's fantastic. This is one machine I'm keeping for good!" he says with a smile.

As in so many restaurants, space is tight in his kitchen, so the new hood type machine from MEIKO had to squeeze into exactly the same compact corner slot as its predecessor. "That's one of the reasons we were so glad to get rid of that annoying wraparound bar," says Provenzano. All it takes now is a gentle tap on the handles, and the hood opens as if by magic! Alternatively, the hood can be set to open without any human intervention at all. "It saves a lot of time and makes our job easier. It's great to finally have a machine that does exactly what it promises," Provenzano enthuses.

Provenzano and Schreck have now switched to MEIKO at all their establishments: "At Leo’s the machine runs from 9 a.m. right through to 1 a.m. the next day, which is a pretty tough schedule!" There is also a M-iClean machine behind the bar at The Grill, charged with giving a mirror shine to all the glasses for the restaurant. 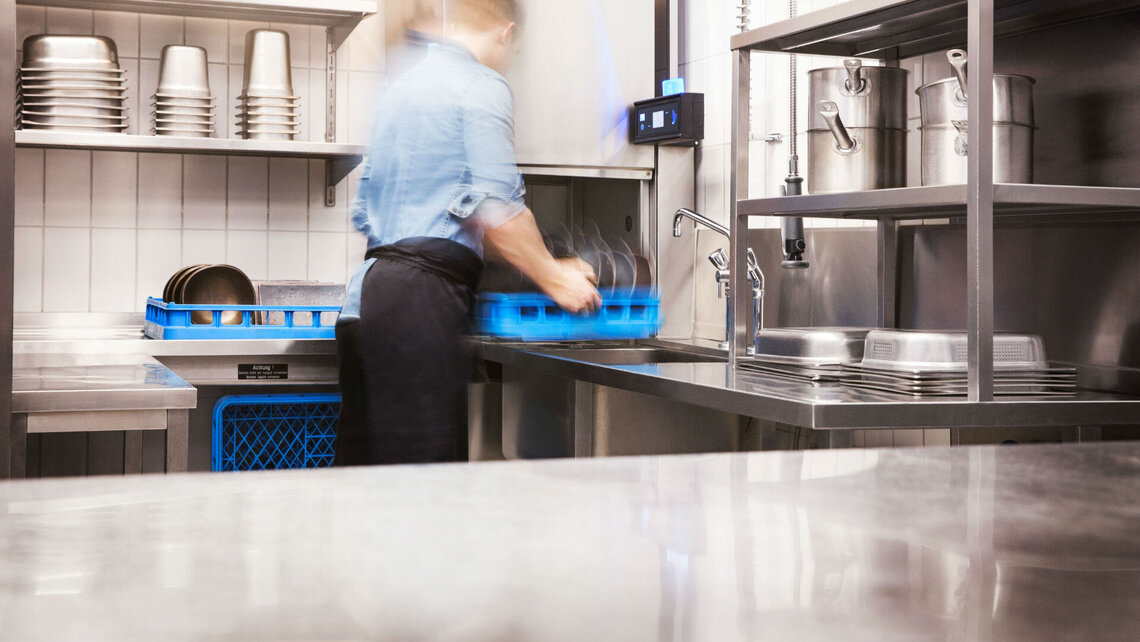 M-iClean H at the Baden-Baden Casino 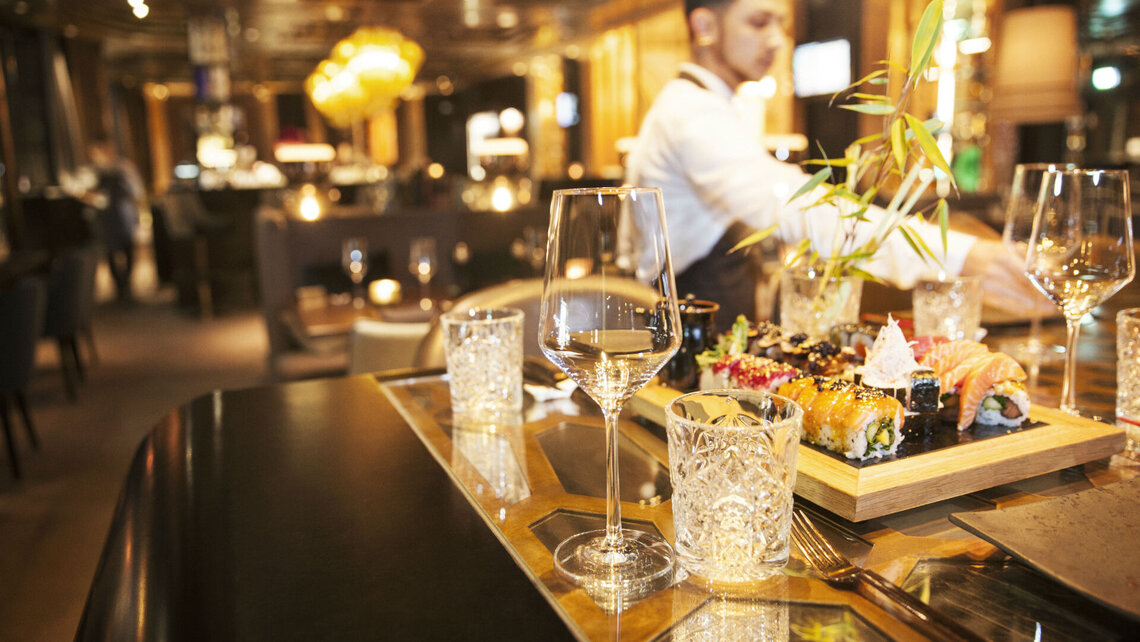 Sushi is a big part of the menu, and The Grill has an impressive stock of authentic Asian dishware. The M-iClean H gets everything sparkling clean! 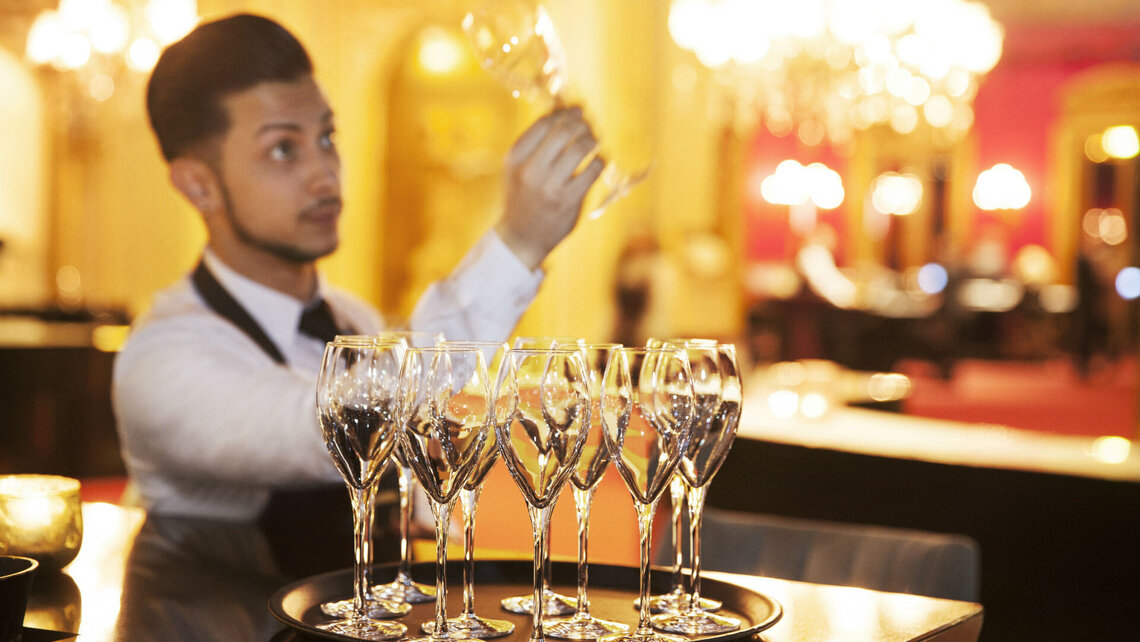 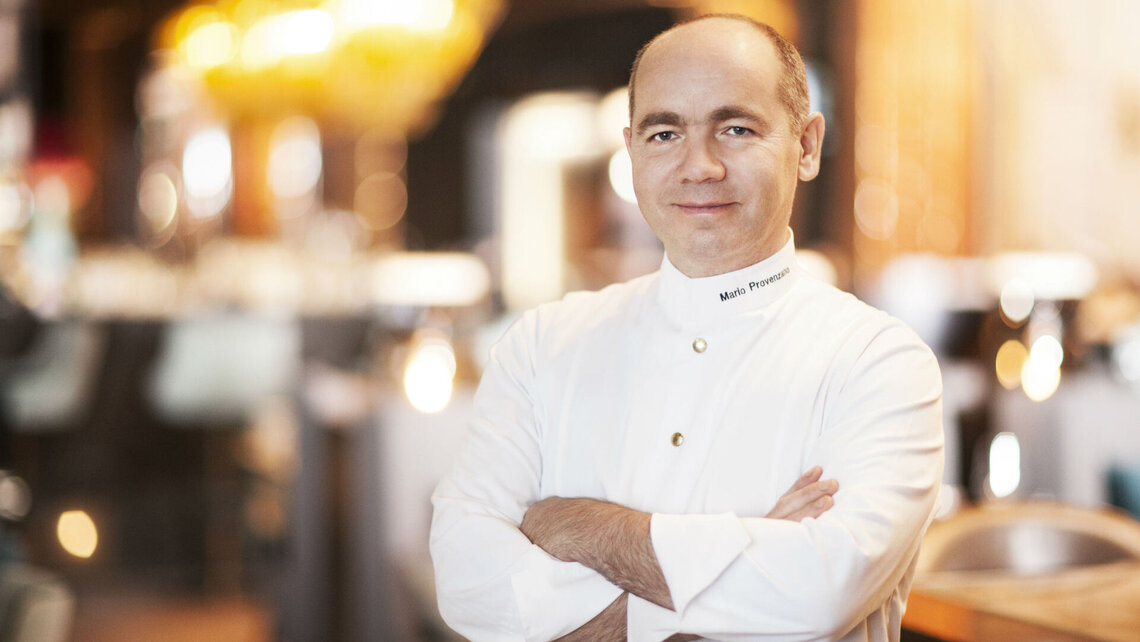 Head chef Mario Provenzano knows what he wants: "This is one machine I'm keeping for good!"

The automatic hood system is a real hit with Provenzano and the rest of his team, and they also love the outstanding wash results produced by the M-iClean H: "The GiO MODULE sorts out the hard water we get in Baden-Baden, and the machine is powerful enough to tackle anything. Put it on power level 3 and we can hear the espresso cups flying around!" says the head chef with a grin, describing his experiments with the new powerhouse from MEIKO. "That wash program is only intended for the most stubborn grime, and the reason it works so well is because we're finally getting real pressure out of the wash arm."

Based on experience, the head chef is also very much aware of the advantages of the stainless steel piping: "If our dishwasher broke down due to a defective hose, it would be a disaster. I'm happy with people placing bets in the casino, but I don't want to take those kinds of chances in the kitchen!" 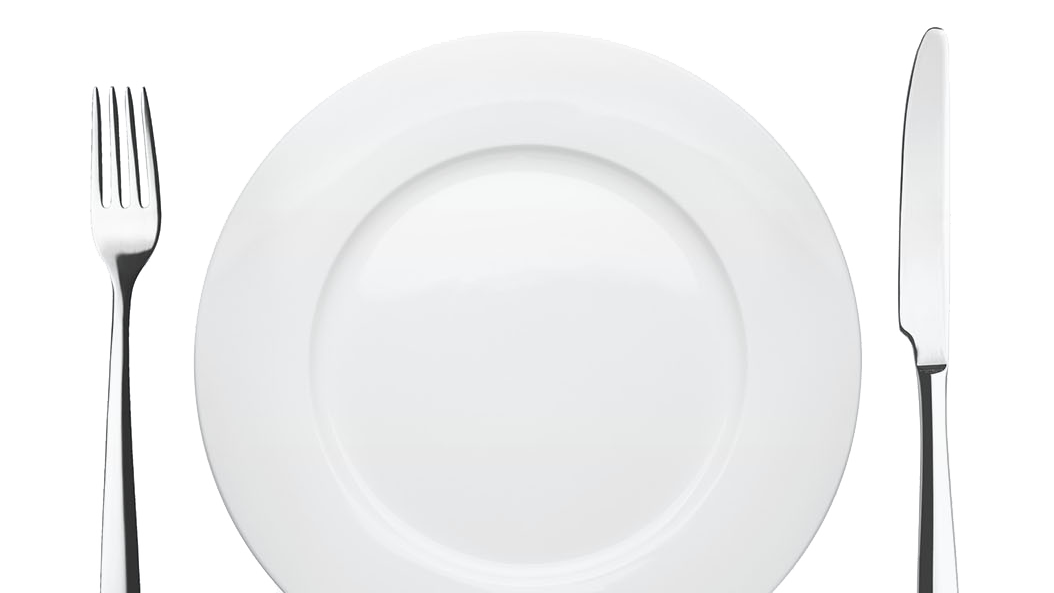 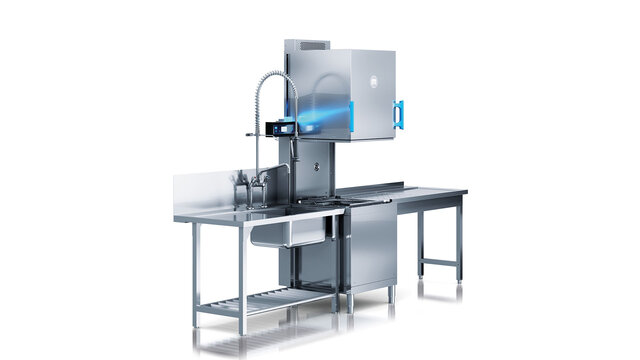